When Apple released the first AirPods in late 2016, they had what no other wireless headset before it had: Apple's W1 chip. This special chipset allowed AirPods to quickly pair to an iPhone — no need to open Bluetooth Settings and wait to be discovered.

The W1 chipset also helped AirPods establish a more stable Bluetooth connection, and worked with the built-in optical sensors so that music automatically play/paused when you placed AirPods in/out of your ears. It also allowed for quick switching between Mac and iOS devices. And, via later software updates, it enabled features like audio sharing, so that two people with AirPods could listen to one iPhone.

In 2019, Apple released its next-generation H1 chipset which enabled an even faster and more secure Bluetooth connection and "Hey Siri" capability.

If you're in the market for a new pair of wireless headphones or wireless earbuds that work particularly well with your iPhone and other Apple devices, we've rounded up the best options below with the W1 and H1 chips, below.

Apple released these second-generation AirPods in early 2019. They're upgraded with Apple's newer H1 chip, which gives them improved battery life — Apple says 50-percent more talk time — and enabling hands-free "Hey Siri." You can buy them with or without a wireless charging case.

The AirPods Pro are better than the second-generation AirPods in every way. They have a new design and fit (and controls). They have active-noise cancellation and transparency modes. And, thanks to upgraded drivers and new sensors, they sound a lot better and support higher-end technologies, such as spatial audio and Dolby Atmos.

These are Apple's first and only pair of over-ear headphones — and they're luxurious. The earcups are made entirely of stainless steel (no plastic) and the sound quality and noise-canceling ability are both top notch. They have all the same features and abilities of the AirPods Pro, such support for spatial audio and Dolby Atmos. If can stomach the high price tag, you can't go wrong with the AirPods Max.

The Powerbeats Pro are wireless earbuds for people who want AirPods, but want them to fit more securely and be more sweat resistant.They have an earhook design and swappable silicone eartips, so they'll fit pretty much any ear. They also have button controls on the earbuds, making adjust the volume and play/pausing very easy. Lastly, they're available in several colors other than white. 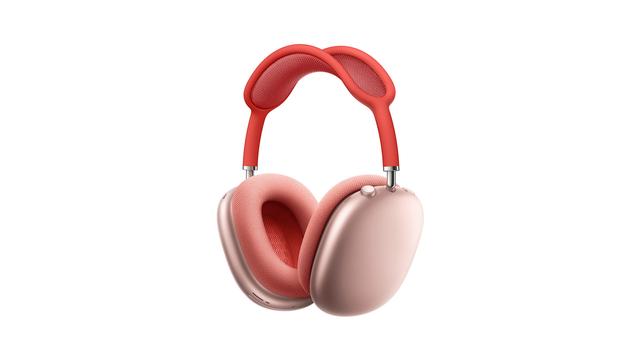 Released in late 2020, the Beats Flex are the next-generation of the 2017-released BeatsX wireless earphones. The two big upgrades of the Flex are that they charge via USB-C (as opposed to Lightning) and they cost just $50 (as opposed to the $150 that the BeatsX originally sold for). They still Apple's W1 chip so they can fast pair with your iPhone, but they lack hands-free "Hey Siri" because they don't have Apple's newer H1 chip.

The BeatsX are older versions of the Beats Flex and have since been discontinued. At the time of their release they were selling for $150, which is their biggest downside over the $50 Flex. They also charge via Lightning rather than USB-C.

Released in late 2019, the Solo Pro are wireless on-ear headphones that look very similar to the company's Solo3 Wireless, but they pack a couple of big differences. They have Apple’s newer H1 chip, charge via Lightning charging port and, most importantly, they have active noise-cancellation. Additionally, Beats gave the Solo Pro improved drivers and redesigned earcups so that they sound better are better at blocking out ambient noises.

Released in 2017, the Studio 3 Wireless were the first over-ear headphones by Beats to feature Apple's W1 chip. At the time, they were selling for $350, but you can buy them for significantly less than that now. If you're in the market for over-ear noise-cancelling headphones that work really well with your Apple devices, but can't quite stomach the price of AirPods Max, these are your best bet. One of the big downsides, however, is that they charge via micro-USB.

Released in 2018, the Solo 3 Wireless are quite different than the Studio 3 Wireless. They have an on-ear design rather than over-ear, and they don't have noise-canceling or transparency modes. Other than that, the two headphones have the same W1 chip and work basically the same. The Solo 3 Wireless also charges via micro-USB, unfortunately.

Released in mid 2021, the Studio Buds are noise-canceling wireless earbuds that can be viewed as an affordable alternative to the AirPods Pro. They are an outlier on this list because they do not pack either W1 or H1 chipset, but since Apple owns Beats they figured out a way to work similarly to AirPods Pro — such as fast iPhone pairing and support for spatial audio and Dolby Atmos — but also allowing them to work with Android smartphones. The downside to not having an Apple chipset is that the Studio Buds don't sync with your iCloud account and don't support audio sharing.

This content is created and maintained by a third party, and imported onto this page to help users provide their email addresses. You may be able to find more information about this and similar content at piano.io
Tags:  هل لدى iPhone 7 بلاس سماعات؟

How accurate is the calorie count on your fitness tracker?