Location
Home → Article → 3G Networks Will Shut Down in 2022. Why You May Need to Upgrade Soon

As the 5G revolution continues to ramp up across the United States, 3G is quietly getting phased out.

The “third generation” telecommunications network, which launched nearly 20 years ago and represented a massive leap in internet connectivity speeds for cellphone users, will be retired by the U.S.'s biggest mobile carriers in 2022, meaning people with 3G and some 4G devices — namely, those that don’t support VoLTE (Voice over LTE) — will no longer get service.

The country's trio of primary cellular carriers, AT&T, Verizon and T-Mobile, have all announced dates in the coming year to retire 3G as they shift bandwidth resources toward the expansion of far more advanced 5G technology. The changes mean that affected devices will no longer be able to make or receive phone calls or text messages, including to 911, according to the Federal Communications Commission. Data services used to access the internet through 3G will also not work, but WiFi should still function, the FCC said.

While most users won’t be affected — AT&T, for one, said in a September filing to the FCC that 2.7% of its subscribers still rely on “3G-dependent devices” — carriers say they have informed customers and released information on which phones will need an upgrade.

EXPLAINER: What's Next for the Supreme Court Vacancy After Breyer Retires?

How to Properly Store Your At-Home COVID-19 Rapid Tests

This isn’t the first time that carriers have shut down networks on a broad scale. AT&T led the way in retiring its 2G network in 2017, at a time when it said 99% of its customers were covered by 3G and 4G, and the transition was mostly smooth. But as more people acquire more technology that relies on internet connections, turnover becomes increasingly complicated.

The new iPhone 12 is here and Apple is boasting that it comes with 5G support. Business Insider's senior tech correspondent, Lisa Eadicicco, explains how the fifth-generation technology is setting Apple's newest iPhone up for the future.

WHEN WILL AT&T, VERIZON AND T-MOBILE PHASE OUT 3G?

AT&T announced that its 3G network will be shut off by February 2022. 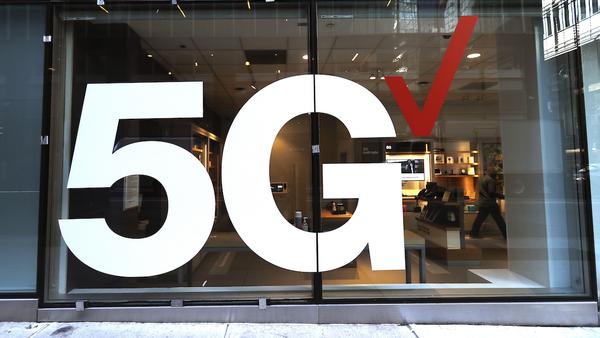 Verizon said it would finish decommissioning its 3G network by Dec. 31, 2022.

The FCC notes that regional carriers like Cricket, Boost, Straight Talk and Lifeline mobile services providers use AT&T, Verizon and T-Mobile's networks, and will also be impacted by the phase out.

The dates provided to the FCC are for completing the shutdowns, meaning carriers may begin retiring networks in some regions sooner.

WHAT MOBILE DEVICES WILL LOSE SERVICE AFTER THE 3G NETWORK SHUTDOWN?

Verizon's full list of devices that will no longer work is available here.

AT&T released a guide for customers to determine which mobile and smartphones will continue to be supported.

T-Mobile has not published a detailed list of devices that may or may not lose service, but said on its website that customers are concerned about whether they are affected, "rest assured....you will be contacted."

WHAT OTHER DEVICES WILL BE IMPACTED BY THE 3G PHASE-OUT?

Cellphones aren’t the only gadgets that will face connectivity issues in the coming year. Other older devices that rely on cellular networks to access the internet — such as medical devices, tablets, smartwatches, car support services and home security systems — may also lose connection.

Devices that use cellular connectivity as a backup when a wired internet connection goes down will be affected, too.

There is a concern in the alarm and security industry over AT&T's planned sunset of its 3G network. The Alarm Industry Communications Committee (AICC), an industry group, said its members have been working to upgrade its hardware since AT&T announced the retirement date in 2019. However, the group says the coronavirus pandemic delayed installations and the global chip shortage has further impeded efforts to upgrade systems.The AICC has filed a petition with the FCC in May asking the Commission to delay AT&T shutting off 3G until the end of 2022 in order to avoid "the harmful, even deadly, impact this sunset would have on tens of millions of people."

AT&T, in its own filing to the FCC, opposed the request for a delay, citing its three years of notice as ample for alarm companies to make necessary upgrades.

“Having dragged their heels for years, they now ask the Commission to delay AT&T’s long-planned 3G sunset,” AT&T said.

The FCC said it was “thoroughly investigating” the timeline AT&T has presented, according to the New York Times.

WHAT DO I NEED TO DO TO STAY CONNECTED?

Some devices may only require a software update to enable VoLTE (HD Voice) or other advanced services. If you purchased your phone independent of a mobile provider, you should be able to check whether your device is 4G LTE (with VoLTE or HD Voice) enabled by checking the phone’s settings or user manual, or by searching your phone's model number on the internet, to determine whether you need to purchase a new device or install a software update.

For other connected devices, users can either check the labeling of the devices, refer to the product manual or contact the manufacturer to determine whether service could be interrupted.