Why should postpaid mobile customers have all the 5G fun? HMD Global, the manufacturer behind new Nokia phones, is announcing its most affordable 5G phone yet for Tracfone and Straight Talk Wireless’ prepaid customers — the Nokia G300.

Like T-Mobile’s $199 REVVL V Plus 5G, the Nokia G300 doesn’t try to wow you with flagship-level specs but offers the bread-and-butter features you’ll care about at an affordable price.

One of the most useful features of the G300 is its fingerprint scanner. It is integrated with the power button so that you can inconspicuously unlock your phone while pressing the same button to wake it up. Of course, you can also use your face to unlock the device.

It has a reasonably large 4,470mAh battery, which Nokia claims will last about two days before needing a charge. It also mixes in some old tech with the new: a 3.5mm audio jack for your wired headphones, radio antenna, NFC, and it runs Android 11 out of the box.

I was trained on how to operate a Segway today, so there's that

The G300’s 16-megapixel rear camera has a relatively large aperture (f/1.8) that, coupled with its 2-megapixel depth sensor and 5-megapixel ultrawide camera (f/2.2), already sounds like a step up from the REVVL V Plus 5G’s camera. Surprisingly, this phone can record 1080p videos at 60 frames per second, using electronic image stabilization (EIS) to help reduce your hand’s natural shakiness. 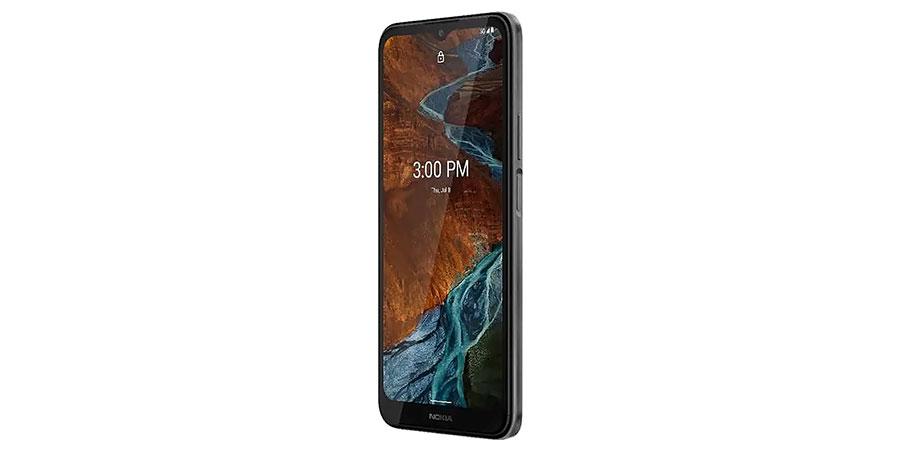 Of course, the G300’s low price tag comes at a price. It has a 6.52-inch HD Plus LCD display that is quite low resolution for its size (720 x 1600 pixel, 20:9 aspect ratio). Like the similarly priced OnePlus Nord N200 5G, it only comes with 64GB of internal storage, which means you’ll need to invest in a microSD card to expand this phone’s storage capacity. The G300 is also powered by the same 5G-compatible Qualcomm Snapdragon 480 processor as the N200 and is supported by 4GB of RAM.

While the Nokia G300 is 5G-ready, this variant is only capable of sub-6GHz speeds, which means it’s only compatible with T-Mobile’s 5G network, not AT&T or Verizon’s 5G technologies. Normally, when you bring your own device to these two mobile virtual network operators (MVNOs), you get to choose which carrier to use because they work with all the carriers, but not in this case.

You can order the $199 Nokia G300 from Tracfone and Straight Talk Wireless on the same day the new Pixel 6 phones will be announced. This configuration — in charcoal with 64GB storage and 4GB RAM — will be available for purchase directly from both companies on October 19th, 2021.